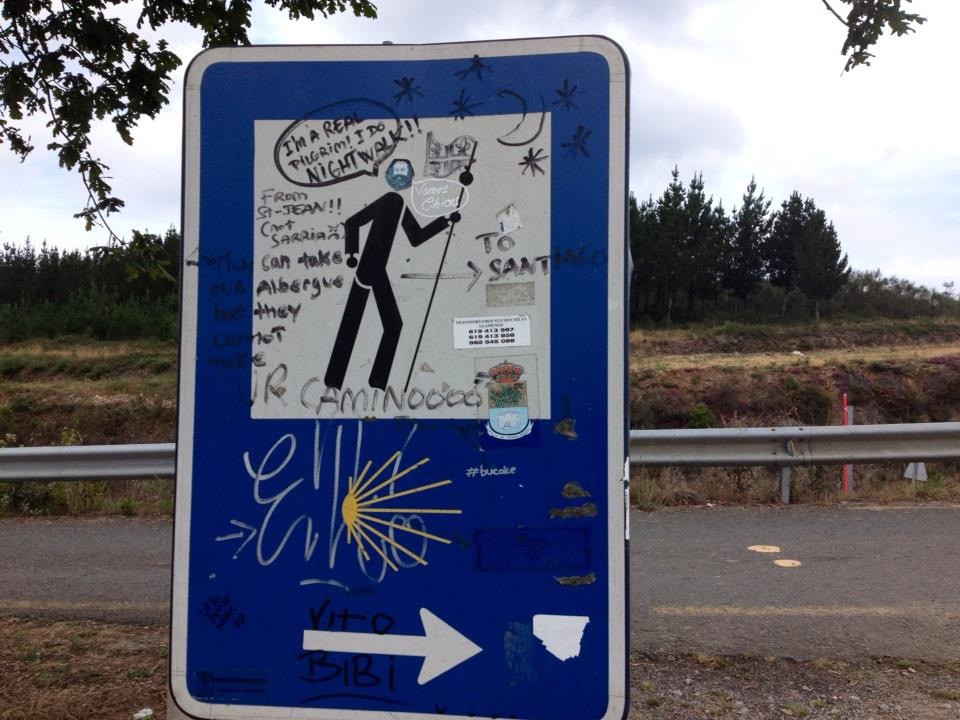 A week to go before I head off on my return to the Camino but before then,  I just want to write a bit about something that’s on my mind of late.  This post might ruffle a few feathers but it’s a free world, etc etc.
I just want to back track to 2011 when I walked my first stretch from Sarria to Santiago de Compostela. This was walked for a brilliant charity which means alot to me, Aware. After doing a lot of fundraising, I was eager to travel there and get on the trail.  We had a guide (who has become a friend since then), we had hotels booked for us, and we had bags carried for us. I thought this was the norm and had thought Sarria was the starting point. (The Way was not released at this time).  Hey, the brochures we received made us believe it was the real deal. You can imagine my surprise as I walked out with cotton-everything with a little pack and saw guys unshaven with massive backpacks and boots. It got me thinking, was that how you really walk the Camino? Was I doing it wrong?
I found out that at that stage there are two types of peregrinos.  One being the folks who carry their bags from point A to point B, stay in albergues and generally attempt to get by on the littlest amount of money. And another being the folks who have everything arranged for them. I found a great disconnect as well. I tried to talk to some people as I was walking and I don’t think they were too thrilled to see me carrying a little day pack.
Fast forward one year. I returned to walk from Leon to Sarria and stayed in albergues from the off.  I had a much better time,  I met some fab people and immediately made plans to return again. People were more inviting generally speaking. Was this a more authentic way? I’m not sure to be honest but I had a better experience this time.
You might see in the picture below what some people think of people who walk from Sarria. These opinions are not isolated, but hey! people have time constraints and would not be fit enough to walk the who stretch.  I found this humorous though. 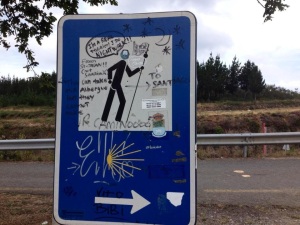 Hi. I'm David and welcome to the Clearskies Camino blog. I live in Dublin, Ireland and have walked a number of pilgrimages including the Camino Francés and Camino Portugués. My love for writing began on returning from my 2nd Camino de Santiago in June 2012. I had been writing a journal while on the Camino Francés and it made sense to write my thoughts online. As the Camino became more of my life, so did the urge to give something back.